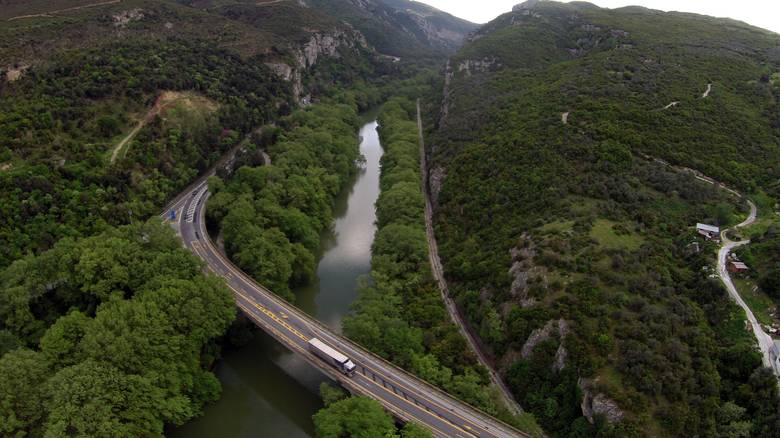 The Valley of Tempi is a gorge in northern Thessaly, Greece, located between Olympus to the north and Ossa to the south. The valley is 10 kilometres long and as narrow as 25 metres in places, with cliffs nearly 500 metres high, and through it flows the Pineios River on its way to the Aegean Sea.

In ancient times, it was celebrated by Greek poets as a favorite haunt of Apollo and the Muses. On the right bank of the Pineios sat a temple to Apollo, near which the laurels used to crown the victorious in the Pythian Games were gathered.